EnerTribe is a Native and Woman owned consulting firm

We specialize in tribal government and tribal enterprise with a focus in environmental, cultural, communications & broadband, funding, permitting, engineering and economic development. We provide services to tribal governments, tribal enterprise, non-profit and for-profit companies, government agencies, municipalities and others. Our company is staffed with industry professionals with decades of experience in environmental compliance, permitting, cultural, telecommunications & broadband, economic development, project management, grant funding, construction oversight and engineering. Most of us at EnerTribe were born and raised in and around tribal government and tribal enterprise. We have had the privilege of assisting tribes build infrastructure, companies, separate business from government, create and sustain entire departments, and fund long-term economic development projects. Our unique understanding of the intricacies of tribal governments have opened the door to servicing companies and government agencies looking to do business in Indian Country, companies needing assistance in stabilizing projects among an ever-changing government structure and even new vertical formation and training needed to keep pace with a growing market.

EnerTribe has successfully funded projects worth over $250m

Our goal is to assist tribes, governments and companies in successful partnerships. We author a quarterly article for the TribalNet Magazine and contribute grant applications to one tribe each year. To date EnerTribe has successfully funded over $250,000,000.00 worth of projects in and around Indian Country in addition to helping carry them out. We have secured funding from dozens of agencies. We are currently operating projects varying from simple services to as large as 25+ million dollar infrastructure & economic development projects. Each tribe, government and company are unique to their needs and structure. We do not believe in a “one size fits all” approach and as such have made many successful companies and partnerships over the past ten years. We are we’ll experienced in working with tribal leadership, department heads, government officials and funding agencies, permitting, environmental and cultural departments of the tribe, the federal government and the state. If you are a tribe, consider asking us for an initial meeting to determine if we are a good fit for your needs. We do provide free initial consultations. If you are a for-profit company, we’d be happy to conduct an introductory presentation and learn.

Whether you are a tribal government, tribal enterprise, government agency or company we are committed to working with those looking to do business in and around Indian Country. Please feel free to reach out for more references, past work or a free consultation to help determine how we can best serve you. Shu’ shaa nin-la (Thank you), for your interest! We look forward to working with you and your team!

An artistic thinker from childhood Forest has a creative & diverse secular background ranging from over a decade in the film and entertainment industry to building telecommunications companies for Native & Rural America.

With an entrepreneurial spirit and great interpersonal communication skills Forest brings a grass roots approach to solving the digital divide found in North America for both native and non-native rural communities. Forest has helped obtain approximately $14,000,000.00 in funding for tribes and co-authors the quarterly article in the TribalNet Magazine on issues pertaining to Indian Country. Forest is a Tolowa tribal member and grew up in and around tribal government his entire life. With 12 years of experience in the telecom industry and raised in Indian Country Forest is an excellent resource for his customers. To date Forest has two companies in operation supported by a team of experts who all work towards the same vision. Be it organizations, government, companies or communities down to the individual Forest has a knack for getting everyone to look in the same direction to achieve specific goals.

Rob Wilkinson is a Fiber Engineering consultant for EnerTribe.

Rob heads the planning and design for many project throughout the country and with a 20+ year track record for successful Fiber deployment. Rob also brings a great deal of experience with the USDA’s RUS grant/loan project and currently manages numerous projects funded by this agency. Rob has founded his own company for Fiber engineer and consistently supports EnerTribe in our efforts.

In his past roles as CEO of the Confederated Tribes of Warm Springs’ Economic Development Corporation and the CEO Warm Springs Telecommunications Company Jeff spearheaded the startup of their wholly owned Tribal Telco.

That effort was greatly aided by Converge Communications, N-Com, tribal members, administrative personnel, first responders and interested parties that were engaged in the effort of CTWS taking control of its telecommunications destiny. Prior to his work in Warm Springs, Jeff worked in corporate restructuring. He specialized in taking overly complex financial information breaking it down to a level that was easy to manage and understand. He has developed usable and flexible financial projection models that can be instrumental in identifying opportunities for improvement; whether it was used for raising capital, disposal or acquisitions of business segments, developing cost containment strategies and/or supporting Business Plans. Jeff has over 25 years of business experience in a wide range of industries, from public corporations with sales in excess of $15 billion to small privately held companies with sales under $1.5 million. Jeff is an Enrolled Member of the Bois Forte Band of Chippewa, is a Certified Public Accountant, a Certified Turnaround Professional, received his BS in Accounting from Florida State University and served in the Army’s 82nd Airborne Division.

Tamara is an artist in many ways and is proud to be an owner in EnerTribe.

Initially Tamara was the CFO for the company and quickly outgrew her role, EnerTribe is proud to have her as a principal in the company.  She has 15 years experience in various areas of business administration for medical facilities in Oregon and California. She currently holds positions in the Sister Companies of EnerTribe as the CFO Earthprint Technologies.  Specializing in financial forecasting, AP/AR, and trained in Industry standard practices for company operations.   Tamara has quickly become an invaluable member of the EnerTribe team.

Dr. Eckert has over 30 years of experience in natural resource management, research, and education.

She has worked extensively with watershed analysis, land use, land tenure, and land management analysis. She has worked both nationally and internationally with environmental impact assessment of large and small projects, and has authored numerous environmental documents. She has led interdisciplinary teams in complex environmental assessment projects and has been responsible for the completion of the technical reports. In addition to her technical skills, Dr. Eckert excels at establishing successful working relationships with regulatory agencies and negotiating terms and conditions of environmental permits that are practical, economically feasible, and environmentally compliant. Her skills in strategic thinking and her inclusive approach to project leadership have enabled her to be successful in complex problem solving and in finding solutions that are acceptable to all parties. Dr. Eckert is an experienced project manager with specialized skills in federal and state environmental permitting and compliance. She has worked with clients in the private and public sectors to successfully analyze and permit projects. She has managed projects ranging in value to $10 million, and projects of both short and multi-year duration.

Ron is an Apache native and the Director of EnerTribe’s grant services department.

Ron is a grant specialist with a proven track record (raised over $250 million over the last ten years) of developing and writing successfully-funded competitive grant proposals and cooperative agreements for non-profit organizations, governmental agencies and private sector companies. Ron is a published author on the topic of grants and has spent time as a subject matter expert working for the federal and state funding agencies as a grant reviewer. Ron Graduated from Nova Southeastern University with his Doctorate of Business Administration. 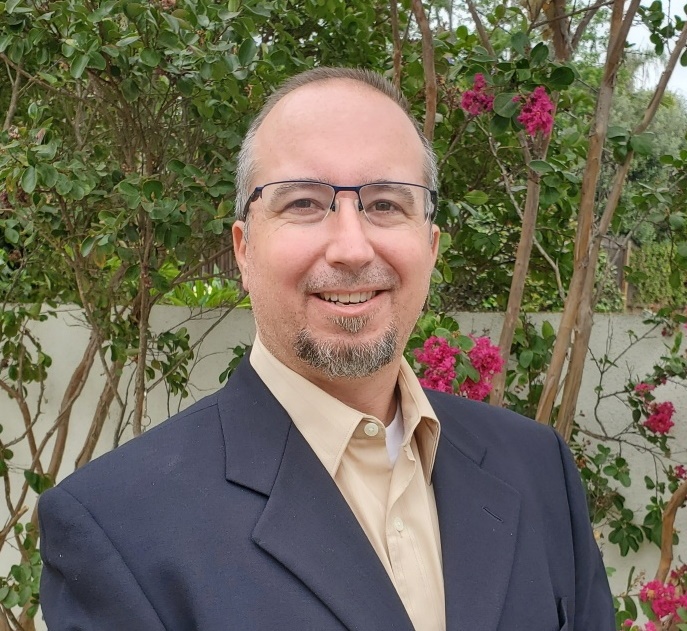 Since graduating from UC Berkeley almost 20 years ago, I have been working with various forms of RF, ranging from UHF RFID to Indoor/Outdoor Wi-Fi to Fixed Wireless, Millimeter wireless and LTE.

I have a passion for wireless, new technologies, and working with the devices that are driving innovation and shaping the world we live in. Since graduating from UC Berkeley almost 20 years ago, I have been working with various forms of RF, ranging from UHF RFID to Indoor/Outdoor Wi-Fi to Fixed Wireless, Millimeter wireless and LTE. As a former sales engineer for Symbol Technologies, Motorola, and Cambium Networks I bring a wealth of product and industry knowledge to the customers I serve. Coupled with an easy-going attitude and attention to detail, you can be assured that you are getting best in class service and support.

Joni Theobald is a member of the Lac du Flambeau Lake Superior Chippewa Tribe in northern Wisconsin and has worked in fields of technology since 2010.

Joni Theobald is a member of the Lac du Flambeau Lake Superior Chippewa Tribe in northern Wisconsin and has worked in fields of technology since 2010. From 2011-2015, she served as the Tribal liaison between telecommunication/Internet providers through the Tribal Rules of Engagement team, carry-out the FCC tribal consultation requirements of Telco’s. From 2012-2014, assisted the FCC through organizing a regional tribal workshop, presenting on FCC panels on Connect American Funding and understanding Erate (USAC).  She also served on the National Congress of American Indians (NCAI) broadband committee.

Within that timeframe, she led the northern WI. tri-county broadband feasibility study, as well as the tribal feasibility study in order to bring more economic and educational opportunity in rural Wisconsin. She served on the Vilas County Economic Board (2012-2015) and as the spokesperson for the broadband sub-committee, presenting broadband needs in northern Wis., to northern rural town boards.

Adam is a seasoned, results-oriented executive consultant with a broad range of telecommunications management experience, both domestically and internationally.

Adam is a seasoned, results-oriented executive consultant with a broad range of telecommunications management experience, both domestically and internationally.  With 40 years’ experience in the telephony, broadband and cable TV fields, he specializes in convergent telecommunications initiatives.   Early in his career, he served as Vice President, Regional General Manager for Rogers Cable TV of Portland.

He later moved to the United Kingdom where he developed cable TV/Telephony operations.  Returning to the US in 1993, he launched GST HOME, a company offering phone, cable TV and security services and he later launched a high speed wireless Internet service for apartment communities.

Most recently, he worked with the City of Condon and Gilliam County to establish a 40 mile fiber optic link between the cities of Condon and Arlington to enhance regional broadband capability.

He loves to sail, mountain climb and run….. just about anything in the great outdoors! He is blessed with two adult children, Jacob and Leah.